Q: On the red carpet at the 2016 Emmy Awards, who – when asked what she was wearing – replied: “Vivienne Westwood, Tom Ford shoes and an OB tampon!” A: Amy Schumer

There I was at the 2019 Bloody Good Period Christmas party, fielding quiz questions (see above), admiring earrings made of tiny tampons dipped into red glitter and talking to the only man on the six-person Bloody Good Period team.

Explain a bit of what Bloody Good Period does…

Recognising the trauma and anxiety caused by not having access to essential menstrual products, we have a vision of a society in which displaced people and their dependents have access to high-quality free period supplies. To end “period poverty”, we must also ensure that everyone has menstrual and reproductive education and that people living in poverty can access high-quality education and care.

The scale of impact we’ve achieved has led us to aim for UK workplaces too so that anyone experiencing menstruation at work is better supported by their employer. I’m the lead on our Bloody Good Employers initiative. We’ve just completed an anonymous public survey so we can develop a 360° picture of what menstruation at work looks like and ensure that our initiative will help employers change their culture and rewrite their policies.

There is appetite there. But it means getting men with managerial responsibility to lean into this work properly and allow themselves to be educated around menstruation, which, broadly speaking, men don’t have a huge amount to say about. It’s not a blame game but a positive exchange. 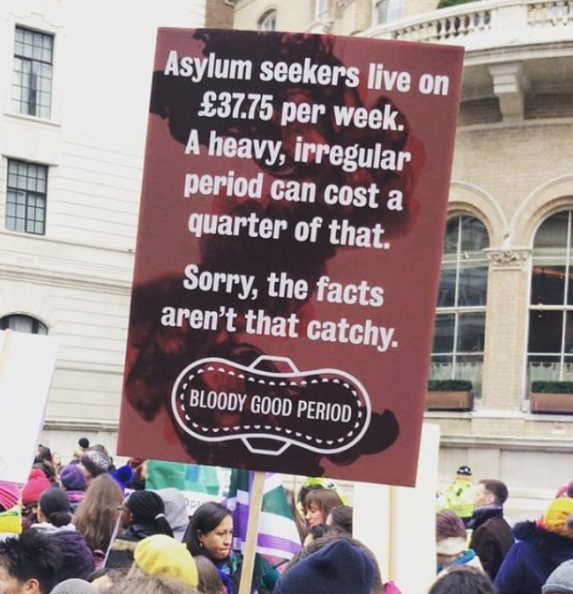 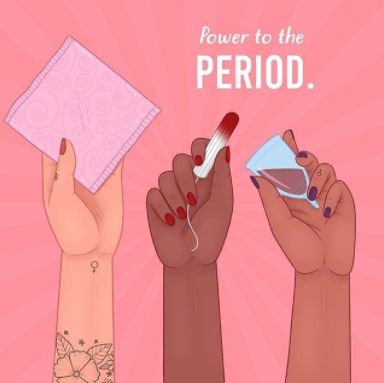 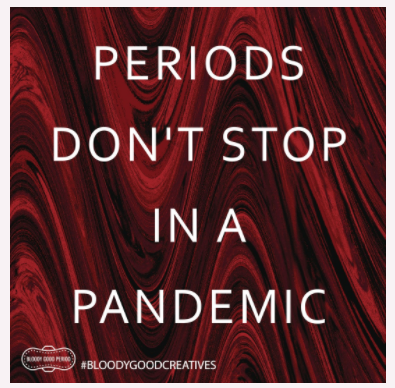 We want to dismantle menstrual stigma. Our ambition is to normalise periods in the workplace so that staff are more comfortable and confident because they don’t have to worry about covering up their period. In the worst-case scenario this has a huge impact on their progress, pay, happiness and wellbeing.

On every level, this work is about human rights. With both our work with asylum seekers and our employer-targeted work, significant change is needed. Bloody Good Period is bringing a fresh, upfront approach to the conversation, and I’m really proud to be part of moving that conversation along.

How can parents talk to boys about periods?

The earlier the better would be my very simple tagline on this. And the home’s the place. Make the period conversation a form of check-in between parents and sons. Make it really clear and deliver it as simply as possible. That’s the start.

I think to normalise menstruation as a fact of life without which we would not be here is to centre it as a powerful piece of all of our stories.

Taking a stand (image by @lucydoeslittle)

It’s when you sit with that and consider the stigma around menstruation that you see quite how insane the patriarchy actually is and begin to fully concur with the activism and the anger around this.

“We wouldn’t exist without periods” is a pretty good starting point for parents to jump off from with their young boys.

It sets the tone for this as something we have to be upfront about and should all be proud to understand.

Why did you want to work at Bloody Good Period?

I believe in collective impact and in working towards causes and on missions that don’t necessarily benefit you as an individual. Because my father ran schools for boys who’d been taken out of conventional settings, I’d grown up around kids with severe behavioural difficulties, and I went on to work in social impact and employability and as a trustee of the charity Sour Lemons. Purpose in work is pivotal for me. 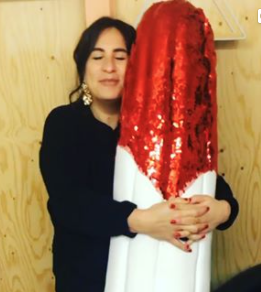 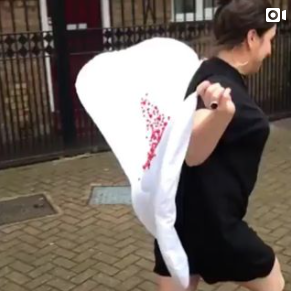 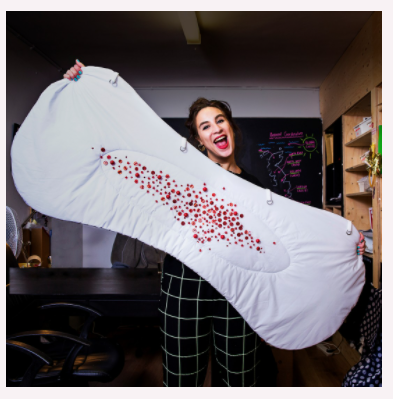 At a festival in 2018 – Under Her Eye: Women And Climate Change – I met Bloody Good Period founder Gabby Edlin. Gabby had been on a panel, and had been brilliantly clear and very funny too, and we ended up sitting next to each other to hear Margaret Atwood interviewed by journalist Samira Ahmed. Good times! We met up afterwards, and Bloody Good Employers as an idea was born.

As the only man in a team of six, it’s a privilege to be given the trust to follow my nose on partnerships with grant-giving organisations, brands, organisations and anyone philanthropic. Bloody Good Employers will launch in 2021. The more we work on it, the more we prove the need for it.

Bottom line, working with Bloody Good Period is lots of fun and really iterative – we are, in the very best way possible, making it up as we go along.

Is there a revolution of more open talk around periods?

These aren’t new conversations, of course, but I’m new to them. It does feel like there is real momentum around ending “period poverty”, and that momentum is in no small part down to Gabby and the team. “Period poverty” is not a term we like, because to align periods with poverty isn’t necessarily helpful, but it’s a hook the media has certainly latched onto. It’s better for everyone to instead talk about working towards menstrual equity.

As someone who doesn’t menstruate, I’m learning all the time. For me the importance of language and education can’t be underestimated here. This summer we ran a big campaign, Mind Your Bloody Language, which looked at all the angles on where language is used incorrectly and therefore holds back progress. There’s a long history of people getting it wrong, which is why the work is humbling and vital in equal measure.

What’s it like to be a man who talks about menstruation?

When I discuss periods, I’m met with a range of openness – some people are happy to talk and some are still confused as to why I’m there. People don’t necessarily have the language to speak openly with a man about their own period, and that’s also something Bloody Good Employers will look to give support on. It’s about equipping everyone at work with the right language and the tools to break this down and make it more manageable.

When Gabby talks to men in an audience, her activist sensibilities come into play and often she’ll ask: “Does anyone have a daughter?” to get them to tune in properly, and as a way to get this issue properly heard and talked about. It’s human nature that people see things through the prism of their own lives, so although it’s problematic to suggest that men suddenly have skin in the game if they have a daughter, it’s also pragmatic – and we need that as part of our approach day in day out.

Before I started working with Bloody Good Period, I had a surface-level understanding of periods, at best. Though I’m fortunate to have a mum I can talk to, a sister who’s one of my best friends and a partner who is a woman, periods are still not something I know a huge amount about, in spite of those three very loving, engaged touchpoints.

Come over to my pad (image by @hazel.mead)

I look back on my own experience, or lack thereof, of menstruation as an open conversation at work, where it was dealt with reactively, if at all. That certainly spurs me on, because I realise I’ve been part of the problem.

I think it’s important to say that we’re not demanding that people start talking about periods at work. We’re just encouraging employers to set a tone that makes it OK to do so if you want to, particularly if you struggle with your period. Proactive not reactive, in any HR context, is the way forward – and that goes for periods too.

Find out more at www.bloodygoodperiod.com

Not a pretty picture – young people and body image

From the therapy room: how learning about sex in childhood can influence you as a parent